DeNations Land is a digital form of the earth’s surface in DeNations metaverse. DeNations’ earth is divided into 390,000 land hexagons. Each hexagon has its own coordinates (ex. 115,132) and internal properties. The land is represented as NFTs and can be traded in the open markets.

As the level of Land increases by 1, the rate of resource production increases. There are 5 different levels in the initial stage. The land level is not fixed. The land level will go up when the XP of your land reaches its maximum point. Land’s XP slowly increases as it produces resources.

There are a total of 8 land types. 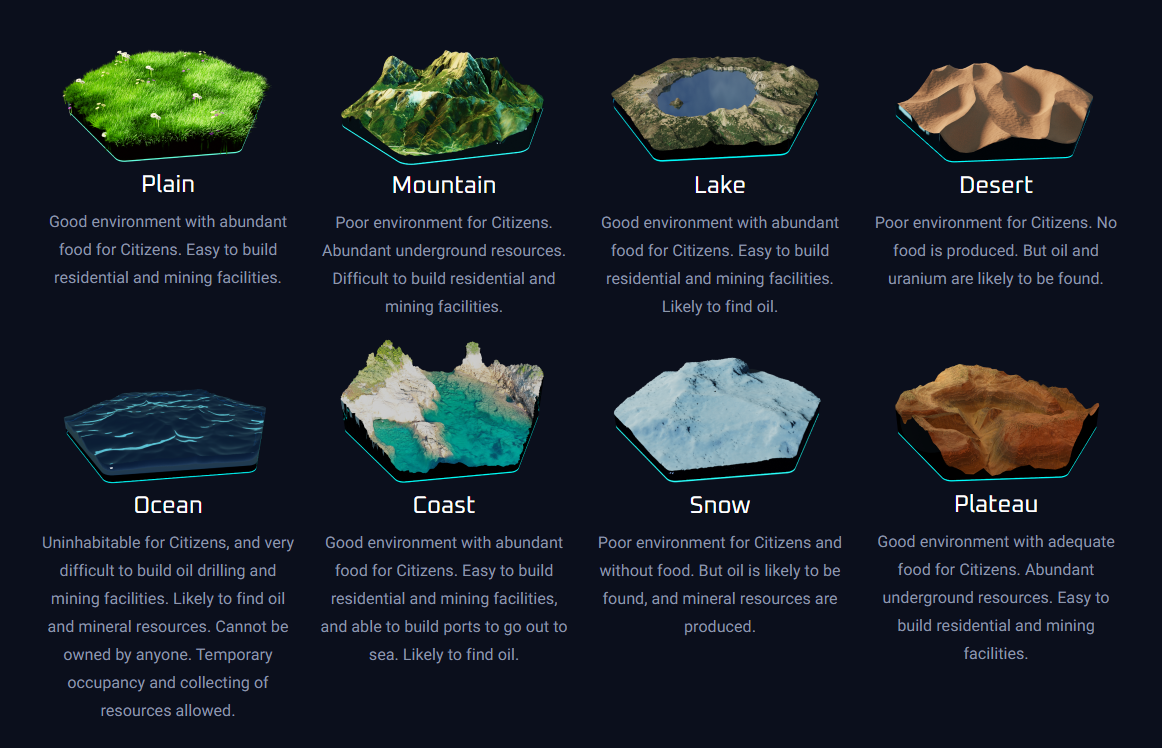 ** We want to create a higher level of synergy in Meta Land through actual partnerships with companies, organizations, and other crypto projects

$RIUS is the in-game currency of DeNations land.